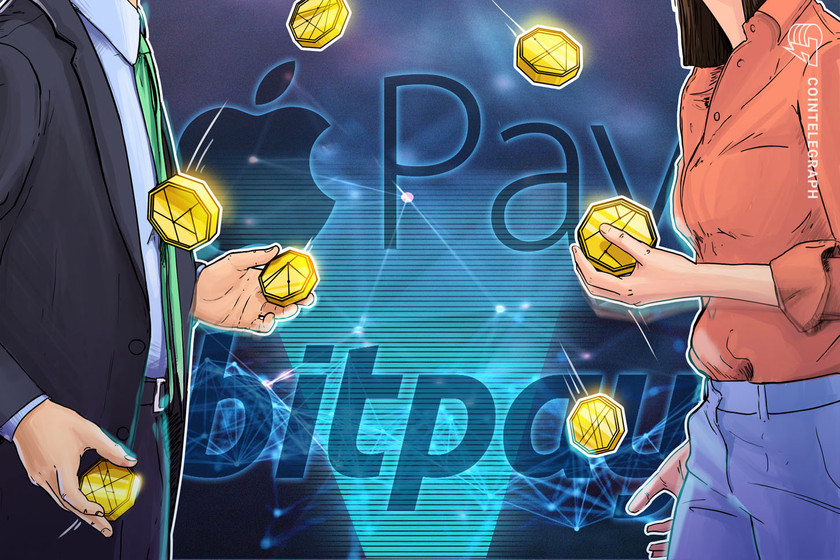 Aavegotchis sell out in under one minute as NFT euphoria…

“We have thousands of BitPay Wallet app customers using the BitPay Card who are always looking for new places and ways to spend their crypto,” said BitPay CEO Stephen Pair in a press release. “Adding Apple Pay and soon Google and Samsung Pay makes it easy and convenient to use the BitPay Card in more places from day-to-day items to luxury purchases.”

Bitpay currently allows for payments in BTC, ETH, Bitcoin Cash, and a variety of stablecoins.

This Apple Pay integration seems to be part of a wider strategy from BitPay to capitalize on the momentum of the ongoing crypto bullrun. BitPay also filed with the OCC to become a national trust bank late last year. The Apple Pay press release noted that “support for Google Pay and Samsung Pay is planned for later this quarter.”

The move is a significant one for crypto hodlers looking to spend their digital currency in the real world, given Apple Pay’s size and market saturation. A recent report says that Apple Pay is well on its way to accounting for 10% of all card transactions by 2025 (compared to its current 5% share). BitPay’s integration may also allow for additional utility for users of the Apple Card — an initiative launched with Goldman Sachs to allow Apple Pay users to earn cashback on purchases. Apple Pay currently has over 380 million users worldwide.

This may also be just the first of many Apple-related cryptocurrency developments. Last week, Royal Bank of Canada Dominion Securities analyst Paul Steves predicted that Apple might be the next company to allocate a portion of their cash reserves to Bitcoin. Apple currently has nearly $200 billion in cash on hand, and pressure may be mounting for the company to follow Tesla’s lead in purchasing cryptocurrency.

You could win a Tesla by trading just $100 worth of Bitcoin on Crypto.com

Aavegotchis sell out in under one minute as NFT euphoria continues

Litecoin is trading at a 1,800% premium via Grayscale’s LTC trust — But…

Gensler sticks up for Bitcoin before Congress, but…

Bitcoin’s compound annual growth is ‘an…